A UN report launched on Monday has revealed that new technologies from artificial intelligence to gene editing hold immense potential to improve human lives – but can also drive greater inequality and social dislocation.

The World Economic and Social Survey 2018 focused on whether leading edge technologies can be used to meet UN goals for 2030 including ending extreme poverty, preserving the environment and promoting economic growth. 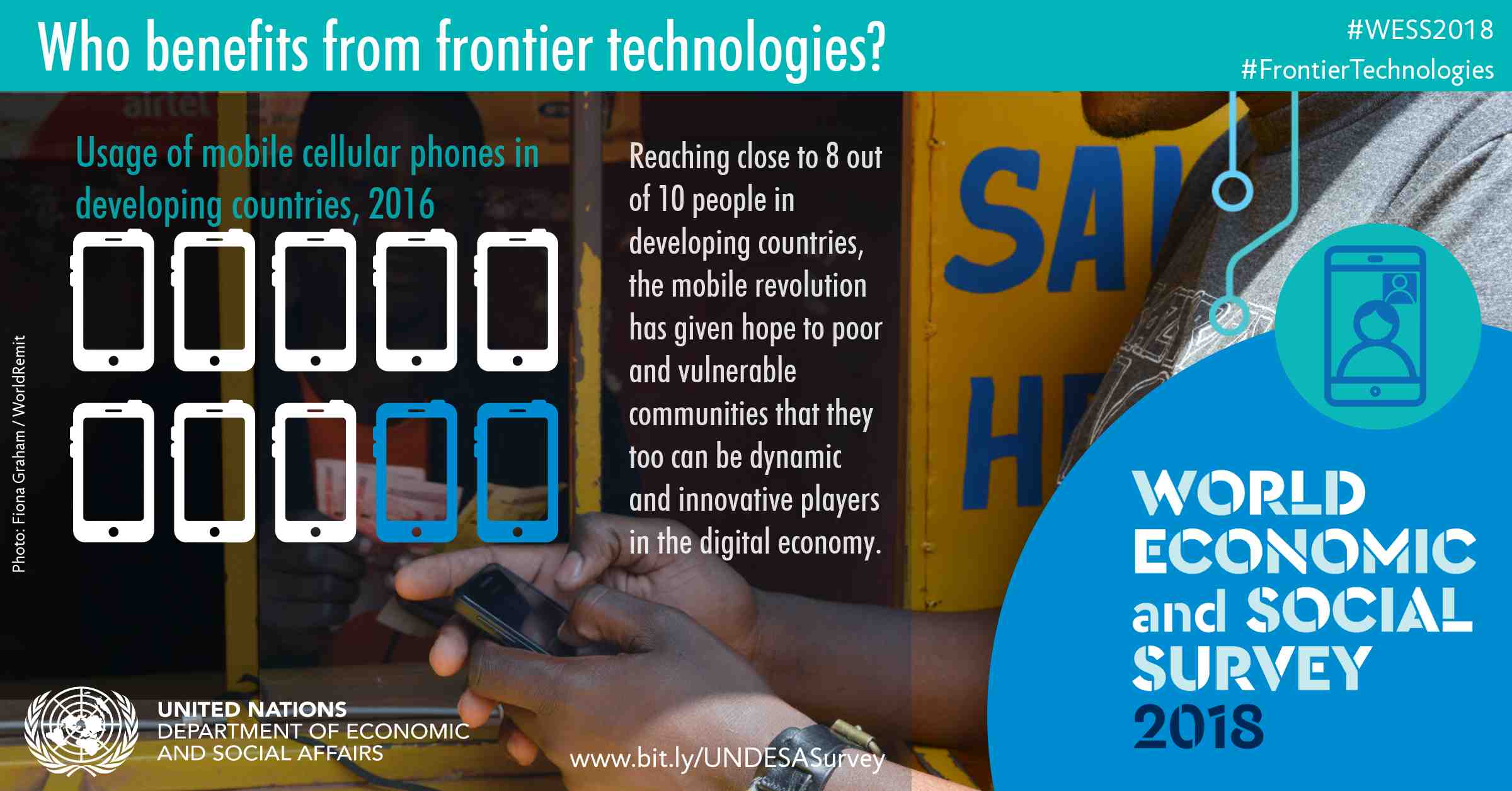 “Good health and longevity, prosperity for all and environmental sustainability are within our reach if we harness the full power of these innovations,” he said in the foreword to the report. “However, these same technologies also raise serious concerns.”

Guterres urged governments to adopt policies that ensure frontier technologies “are not only commercially viable but also equitable and ethical.”

While richer developed countries grapple with the opportunities of new technologies that can help eradicate disease and automate manual and repetitive tasks, the report said “many developing countries are yet to fully reap the benefits of existing technologies.”

“A great technological gap persists,” the UN experts said, pointing to more than 1 billion people in developing countries without access to electricity and another 2.5 billion who experience weak connections and frequent power outages. 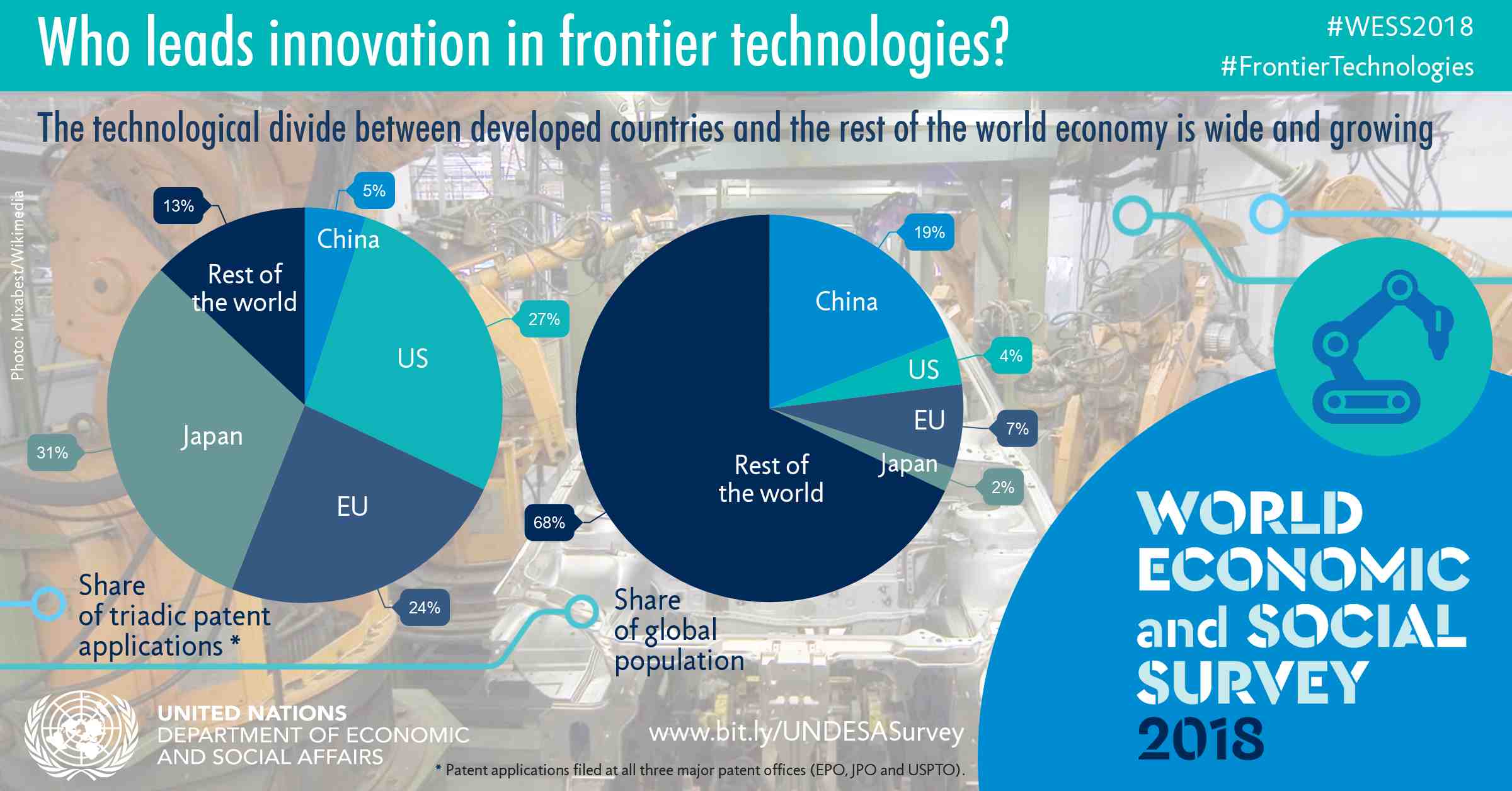 The 175-page report said millions of people also still depend on “human or animal muscle power” to cultivate land and for other kinds of production and lack access to modern education that is crucial to adopt many new frontier technologies.

But “without a minimum level of education, it is not possible to utilize digital technologies to buy or sell goods online, for example, or offer car services or rent out an apartment, even if the requisite electricity and Internet connections are in place,” it said.

The report by the UN’s Department of Economic and Social Affairs said advances in automation, machine learning and artificial intelligence are also transforming labor markets and causing many job losses in richer developed countries.

While technological progress is fundamental to achieve the UN goals for 2030, the report said, “there is no guarantee that this progress will be aligned with the most pressing needs of humanity: eradicating poverty and hunger, reducing inequality, generating shared prosperity and building resilience against climate change.”

Technology is a double-edged sword. It holds immense potential to improve people’s lives, but can also drive greater inequality and social dislocation. As an example, it said robots driven by artificial intelligence can help raise output but can cause significant job loss and impact the goal of promoting greater social equality.

In the case of social media, the report said, targeted advertisements are increasingly used to “manipulate human emotion and spread misinformation and even hatred.”

While artificial intelligence-based decision-making systems can improve access to public services, “they also run the risk of reinforcing existing biases and forms of exclusion.”

The UN experts urged greater transparency and accountability for decisions based on artificial intelligence.

Cyber-threat to mobile devices in Nigeria hits 35 per cent

Personality of the Month: Interview with Uzoma Nwazuoke